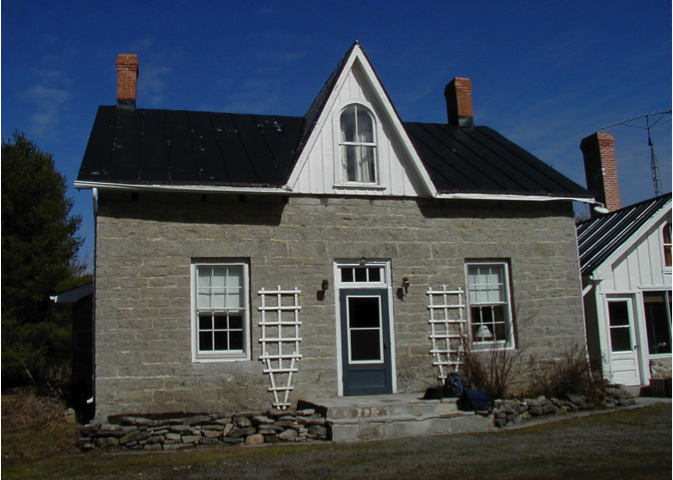 Hubbard and Co. undertook the restoration of this simple 1 ½ story stone near Maxville, Ontario in 2005. Like many of our projects this one started with a careful review of the existing home and its attributes. This particularhome which was originally built circa 1850 was substantial renovated in 1890 as evidenced by the steeply peaked dormers. In the 1970’s the home was renovated again by “week-end warriors” from Montreal. This work included an addition on the backside and an ugly heatilater fireplace in the living room. The green shag carpet was a nice touch (not).

By May of 2005 the client had settled on plans for restoration. The work consisted of un-building all of the previous poorly executed improvements. This meant that we gutted the interior and tore down the 1970 era addition. We settled on a much broader gable dormer on both the front and rear of the home.

We finished these with cornice returns and a period style frieze board. These have a much more subtle appearance than the steep slope of the Victorian version dormers.

A unique challenge on this project was water. We discovered a number of wells and cisterns on the property. The best well produced less than 4 gallons of water per minute which is simply not enough water for modern lifestyle needs. After much research and in co-operation with my plumber we built a system of water storage in large plastic tanks that were supplied from the weak well by trickle storage. The system works brilliantly!

The stone walls were repointed and we laid up additional stone in the large gable dormers to compliment the original stone below. The roof was redone in western red cedar shingles. The pine soffit and fascia were replaced in a period appropriate style around the entire home. All windows were replaced in what I feel was a seamless installation of 6 over 6 double hung units by “Marvin”.

All mechanical systems were improved. We installed radiant heat in the kitchen and 2nd floor bathroom.

Power was increased to 200 amps and the plumbing system was upgraded. The exterior walls and sloped ceilings were insulated with foam. After re-drywalling we installed replicated trim which we produced in our shop in Spencerville.

The client chose very nice finishes for the interior. The walls were painted off-white with all trim being painted timid white. The original pine floors were restored. Kitchen and bathroom floors were done in a beige travertine laid in a French pattern. The kitchen cabinetry was set off by the original wood beams.

This lovely home with its sensitive improvements undertaken by Hubbard and Company will endure! 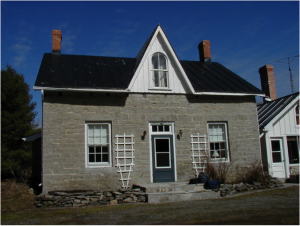 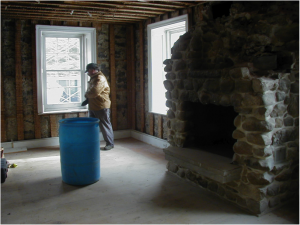 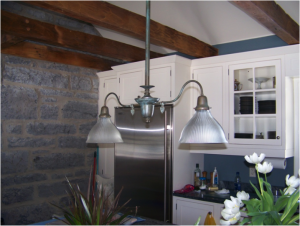 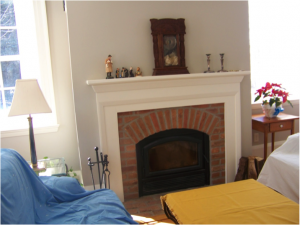 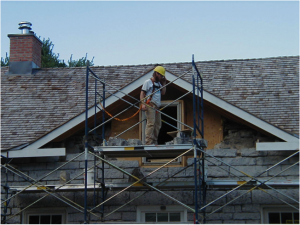 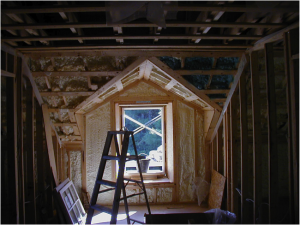 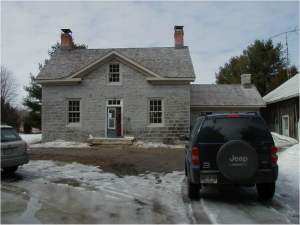 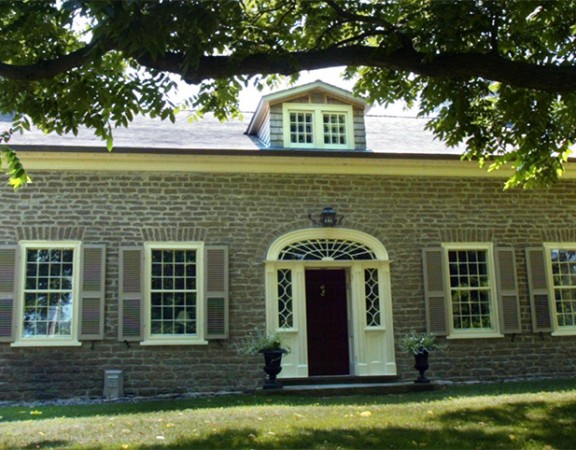 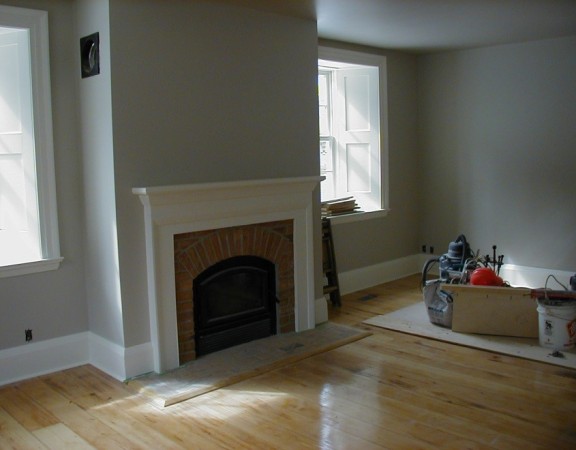 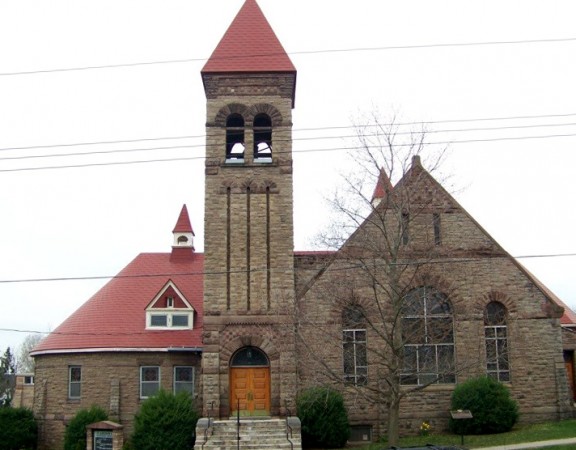